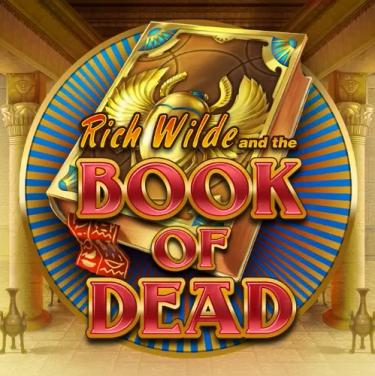 Rich Wilde and The Book of Dead

Accompany Rich Wilde on yet another thrilling adventure deep into the Egyptian pyramids and uncover mysteries of this ancient civilization. Just like other Rich Wilde’s trips, the Book of Dead is both risky and rewarding. Walking into this game, players should expect the high volatility but immense rewards at 5,000x the stake.

Following the footsteps of classic slots such as The Book of Ra, the game plays on a standard grid of 5 reels, 3 rows, and 10 paylines. While the background is lined with majestic marble pillars, players should keep their eyes on the prize, the premium icons, which are recognizable Egyptian symbols such as the Phoenix, the Pharaoh and Anubis The highest paying of them all is Jack Wilde himself, which pay nicely with up to 500x the stake.

When it comes to volatility, the game is rated high, which is why players need to be patient if they want to win big. The RTP is quite favorable though at 96.21% and the payout is massive at 5000x the bet.

The Book of Dead comes with only 1 extra feature which is the Free Spin feature. Acting as both Wild and a Scatter, the Book symbol takes part helping players build winning combinations as well as triggering bonus round. Scatters start earning rewards when 3, 4 or 5 of them appear on the grid, awarding 2x,20x, or 200x the stake respectively.

Furthermore, when at least 3 of them are in the view, you are given 10 free spins. During the bonus round, if you land at least 3 scatter symbols, you retrigger the round. The best part - this can happen for the unlimited number number of times.

When the bonus feature is activated and before the free spins start, the Book of Dead opens and shows you a randomly chosen special symbol. This is an additional perk as it becomes the expanding symbol that can significantly add to your balance in this part of the gameplay.

It’s all about triggering the free spins for me, as you all know. The game is high in volatility, but the payout can be even higher. If you watch my stream, you know that I’ve had a lot of fun time, and a lot of big wins playing this slot. It definitely requires patience but when it hits, it can hits BIG!