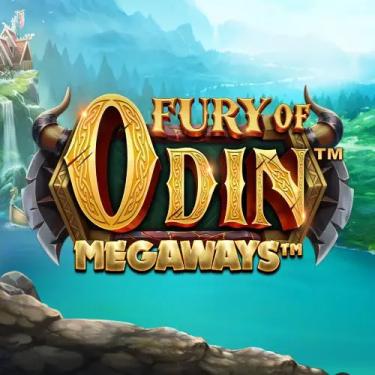 Fury of Odin Megaways is a thrilling slot game that allows players to experience the mythical world of Norse gods and goddesses. With its stunning graphics and high-quality sound effects, Fury of Odin Megaways transports players to the realm of Asgard and allows them to meet the deities themselves. On top of it all, the game offers a colossal jackpot of 15,000x the bet for the truly worthy.

Aesthetically, Fury of Odin Megaways looks pretty powerful but not as intense as some of the slots depicting the world of ancient Nordic gods. Sprawling mountains and lush green foothills make up most of the landscape with battle hymns ringing throughout the game. Among the many colorful characters, Odin is the most rewarding with 10x the bet for six of a kind.

The action takes place on a 6-reels grid and up to a maximum 117,649 win ways available. Additionally, it provides a bonus track reel on top of the screen to further help with the creation of wins. Pragmatic Play puts the game on a very high volatility level while its RTP is at 95.07% making it a tough case to crack. However, players can alleviate this problem by turning on the Ante Bet option which increases the RTP somewhat while doubling the chance of winning Free Spins. Despite the high risk, the high-reward gameplay, Fury of Odin Megaways is worth playing as it features a max win potential of a staggering 15,000x.

Fury of Odin Megaways has almost every feature typical of a Megaways-type slot. The first one is the Tumble mechanic where winning combinations disappear from the grid, making way for other symbols to drop. The reels continue to tumble as players keep the wins coming.

When Fury symbols appear on top of reels 2, 3, 4, and 5, all characters below turn into Wilds. This also happens when the Fury symbol changes position after a tumble. Should the Fury symbol not make a connection, they will remain in place while the grid does a respin, which continues until the Fury symbol scores a win. Furthermore, each respin increases the level of win ways up to 7 times and go as follow:​

Mystery Symbols can appear at any time on the grid. They transform into identical symbols and help players hit a winning combo. During an unsuccessful spin, the Max Ways Guaranteed Win feature may activate, rearranging the symbols into a new formation for a guaranteed 10x win.

Players need up to 4 Gold Scatters, which spell out the word “ODIN”, to activate the Bonus Round. The game rewards players with 10 Free Spins and an additional 2 free spins for each Scatter collected beyond the first 4. The Bonus Round starts with a 1x multiplier, which increases by +1 with each tumble made. Multipliers stay active throughout the entire duration of the round while Fury symbols remain in play. Players can extend the length of the bonus round by landing Scatters, each rewarding them with additional 2 free spins.

Although it doesn’t try to go out of its comfort zone, Fury of Odin Megaways does a solid job being a standard Megaways slot. While the ideas of stacking up win ways for better winning chances and guaranteed wins at the end of Fury bouts are enticing, they sometimes don’t score as much as I thought. The bonus game is okay but it doesn’t bring anything breathtaking to the reels. For most of my big wins on this slot I’ve relied on free spins to deliver. Overall, the game has beautiful graphics and a decent, pretty standard gameplay that all Megaways fans will enjoy.