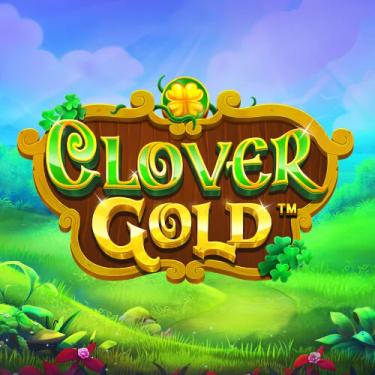 From the outside, Clover Gold looks like one of those run-of-the-mill Irish/Leprechaun slots out there. But beneath the exterior, the game actually hides some golden features, not to mention the massive prize of 5000x the stake players could get.

Clover Gold is set against the familiar fairy tale land background filled with colorful mushrooms and magical creatures. The game plays on a 5 reels, 3 rows grid with a fixed 20 paylines. The symbols are Pragmatic Play’s standard artworks, with the premiums being the Mug of Beer, the Maiden, or the Leprechaun himself, which pay out anywhere from a humble 3.75x to an impressive 12.5x the stake for a five-of-a-kind.

Looking at the math model, Clover Gold has an average industry standard RTP of 96.54%. Surprisingly, the volatility is rated at a medium which, compared to other Pragmatic Play creations, doesn't happen very often. It is good to know that players can take a breather on this one and actually focus on winning the incredible jackpot of 5000x the stake.

Among the more prominent symbols is the Golden Wild symbol, it lands on reels 2, 3, and 4 only. Standing on its own, the Wild doesn’t have value but don’t despair as the wild usually comes in a stack, which is always helpful.

Landing 3 Wilds on reels 2, 3, and 4 awards the players with 8 free spins. While the free spins are happening, all the Collect symbols that land on reel 5 are collected on a tracker on top of the grid. Each additional Collect symbol on the tracker adds 8 free spins and 2x, 3x, and a maximum of 5x multiplier to the collected Money symbol winnings.

The Money symbols are the Clover Leaf symbols, they can only land on reels 1 to 4, and they can be exclusively collected using a special symbol that only appears on reel 5. There are 5 different variants of the Collect symbol that sits on reel 5:​

I love Big Bass Bonanza, and this one uses the same mechanics, so it gets an instant thumbs-up from me. I especially enjoy the free spins, because they are easy to understand and make strategizing a lot less time-consuming. I’ve hit the bonuses quite often because of the variety of symbols, and with this game, there is no shortage of action. Overall, a good game that I will be back to from time to time.