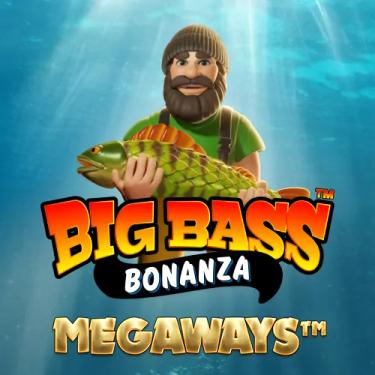 Megaways-powered Big Bass Bonanza is one of the many successful slots produced from the partnership between Reel Kingdom and Pragmatic Play. Although, in terms of a game plot, it still massively relies on the original slot release, this one is without a doubt a step up thanks to the amazing Megaways feature.

Aesthetically, Big Bass Bonanza Megaways looks almost the same as the original game. The biggest difference is the upsized game grid to 5 main reels and additional horizontal 4 symbol reel on the top with 46,656 win ways. Featuring animated fish in deep blue background, lively symbols (which can fetch up to 50x the bet), and a chill tropical soundtrack, the game offers players a magnificent fishing extravaganza.

Upping the size of the game means its numbers are increased as well. On a positive note, the return to player (RTP) of Big Bass Bonanza Megaways is significantly higher than the average, at 96.7%. In contrast to the somewhat forgiving RTP, the volatility is officially high with a rating of 5/5. Last but not least, players can expect to win up to a gigantic maximum of 4000x the bet.

Big Bass Bonanza Megaways features the Tumble mechanic meaning the symbols from winning combinations disappear from the grid and are then replaced with the new ones . As long as the players keep hitting winning combinations, this process will continue.

Landing 3,4, or 5 scatters awards players 10, 12, and 20 free spins respectively. During the free spins, fish symbols are not removed but instead continue to fall to the bottom of the grid as tumbles happen. When the fish symbols land at the same time as the Fisherman Wild, they are all collected on the right-hand side of the screen.

By collecting 4 Fisherman symbols, players get extra 10 free spins as a reward, up to a maximum of 50 free spins. Additionally, additional spins also come with up to 10x multiplier.

The amazing mix of top-notch mechanics is what makes Big Bass Bonanza Megaways so enjoyable to play. Tumbling feature just keeps you on the edge of your seat as you hope the fish of big value will drop down with the Fisherman. The progressive aspect of the bonus round with increasing multipliers and extra free spins is the most appealing part of the gameplay. I like playing the Big Bass series releases but powerful reels on this one I save for those special occasions when I need my slots to be more vivacious and energetic.