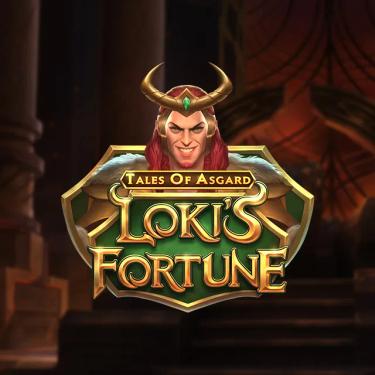 There are many slots inspired by Norse mythology, but they are usually placing the spotlight on Odin or Thor as the main protagonists. At best there are few mentioning other deities, like the trickster God Loki. Well, Play’n Go changed this with its Tales of Asgard: Loki's Fortune slot revolving around the most mischievous divine power and numerous special features that spice up the gameplay.

Sitting in a majestic throne placed on the left side of a 5x5 grid, Loki himself is welcoming the players to the game with an RTP of 96.2%. There are 3,215 ways to win that can rise up to 100,000 payway, enabling the massive maximum winning potential of up to 20,000x the stake. Wagering starts from €0.10 in this highly volatile slot and goes way up to €100, which is the max bet.

Loki is also present on the paytable as a Wild, substituting for all regular symbols and revealing the mysterious ones. Five of these wild cards pay 2x the bet, just like the same number of the most valuable Odin images, while Thor brings 1x the stake.

A huge role in the gameplay is given to Mystery Symbols. Able to land on any reels, these behave are inactive until the Wild symbol appears. When it does, it reveals the Mystery Symbols and converts them all into one regular symbol type. The split mystery card reveals 2 symbols instead of just one.

On any spin, one of the following  Loki’s Mischief modifiers can be triggered randomly:​

What will the modern slot look like without the free spins feature? Here it is activated when three, four or five Scatters represented as the Loki’s emeralds land simultaneously, awarding 8, 12 or 20 free spins. Wilds and Mystery symbols appear in greater numbers during the bonus round. Also, the chance of Loki adding Wilds to the reels is increased.

Since he’s the master of illusions, a shapeshifter and the creator of chaos, Loki is one of the most interesting characters in Norse mythology. As such, he deserves more attention from game creators, so it’s nice to see Play’n GO put a spotlight on him in this release.

That said, the base game of Tales of Asgard: Loki's Fortune slot is really boring, with all action coming from modifiers and bonus features. Still, when they trigger, the big wins usually aren’t far away. Overall, this is a slot that has a lot of potential.