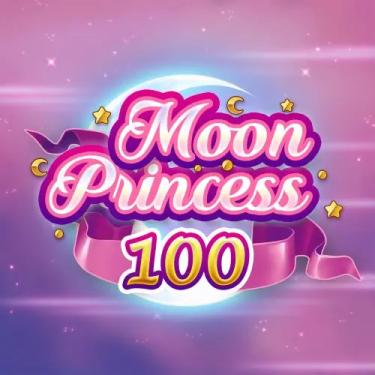 Play’n GO makes a return to the anime-styled action slot Moon Princess, which has become a fan favorite and an icon of its own. The sequel Moon Princess 100 doesn’t bring anything new to the table but instead cranks 2 of the major mechanics of the game up to 11. Teaming up with the original trio to fight against evil or just to show a spectacular display of skills, players can look forward to powering up to the maximum level of 15,000x the bet.

If players are not familiar with Moon Princess already, it is a slot largely based on the popular anime genre of entertainment. Jam-packed with pastel colors and a light-hearted heroine theme, coupled with a high-octane metal track rocking in the background, this game could not be more epic. All of the action takes place on a 5x5 grid, with the main characters floating effortlessly on the right side of the screen. Pay attention though, as these protagonists, namely Love, Storm, and Star not only score you 10x for a 5-of-a-kind and 5x the stake for a mix but their unique powers can also help you win in different ways down the line.

Moon Princess 100 features the cluster pays mechanic, which means to score any meaningful hit, players need to have at least 3 matching adjacent symbols lined up horizontally or vertically. The game math model remains relatively the same, with the constant high volatility and an RTP of 96.2%. But the best news is that Play’n GO tripled the maximum winning potential up to a whopping 15,000x the bet.

With Moon Princess 100’s Cluster Pays mechanic, winning combinations are removed after scoring, allowing other symbols to fill in the gap. After that, a wild appears in the middle of the destroyed winning combination. One of the biggest changes that came with the sequel is that after each cascade sequence, the win multiplier is increased by +1; but instead of being able to stack up to only 20x, the game now allows the multipliers to go up to 100x.

Moon Princess 100 features the Girl Power mechanic. Each spin that does not score a hit has a random chance of triggering one of the princesses’ powers. This is decided by which princess is present on the screen at the moment.​

On the left side of the screen is the Power Meter. Winning combinations of 3, 4, and 5 princesses fill the power meter up by 1, 2, and 3 sections respectively. When 3 sections are filled, players receive a free spin known as Princess Trinity. With Princess Trinity, the multiplier is reset, and each princess uses their modifier on non-winning spins until all the power meter is empty. Players are rewarded free spins if the grid is clear during this feature.

When the Free Spins feature is activated, players can choose from 3 free spins options, Love, Star, or Storm, which grant 4, 5, and 8 free spins respectively. The chosen princess will also perform her ability on the non-winning spins. Additionally, whenever the power meter is filled up during this feature, it awards 4, 3, and 2 respins for Love, Star, and Storm. This feature is also a big change that came with Moon Princess 100, where the players can win up to 100 free spins instead of the 20 free spins from the original game.

The Moon Princess sequel does what the original slot did but much better. By better, I mean raising the winning potential to astronomical levels without changing anything else, which is the right direction if you ask me.

I like everything the original game has to offer - the art styles, the cascades, ect. but I find Moon Princess 100 even better. Free spins and respins are offered frequently enough to keep the game flowing. With this game, I have hit several large bonuses, including the occasional full-screens, which on a personal level just complete my day. As a whole, this is a superb slot that I will return to for big wins in the future.