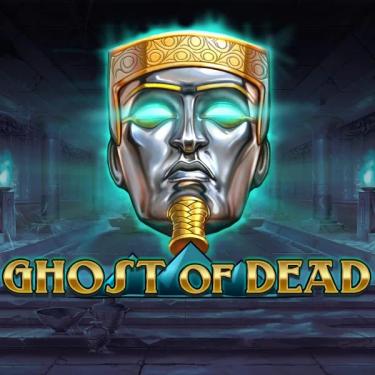 Ghost of Dead slot is yet another game in the Play’n Go portfolio of book-style releases. It features maybe the most popular theme in the iGaming world - you guess it, Ancient Egypt.
So, let’s see if this one has what it takes to stand out from a crowd of similar titles.

Set on a classical 5x3 grid with 10 adjustable paylines, the game comes with high volatility and a big maximum winning potential of up to 10,000x the bet. By setting the number of active paylines and a coin value of 0.01 to 2, players can choose to play from 1 to 5 coins per line.

Ghost Spin can activate randomly on any spin in the base game. When it does, one symbol is randomly chosen to become an Expanding Symbol. If there’s a chance of creating a winning combination, this symbol will expand and cover all reels.

As in most slots of this type, the Wild and Scatters are represented by the same symbol which here is the Canopus symbol that pays anywhere on reels. When having a role of a Wild, the card substitute all other symbols.

On any spin in the base game, Scatters can randomly turn into Spectral Canopus Scatters. This is important because three or more of these special Scatters trigger the Awakened Free Spins feature.

Expanding Symbols comes to play here too, but with a twist. Instead of being chosen at random, you get to select which one out of 3 offered pay symbols will be Expanding Symbol during free spins. Also, on every free spin, the Ghost will randomly pick a second symbol to turn into a special expanding one. In case 3 or more Spectral Scatter land, the feature is retriggered and played with the same previously chosen Expanding Symbol.

To answer the question asked in the intro of Ghost of Dead slot review - nope, this game doesn’t bring anything new to the table. The only slight difference is the fact you get to choose special expanding symbols instead of a random pick, but that’s not nearly enough to make it stand out from other book-styled slots.

Due to that and a rather nice winning potential, it’s not a complete dud but still, this game is not to my liking at all.