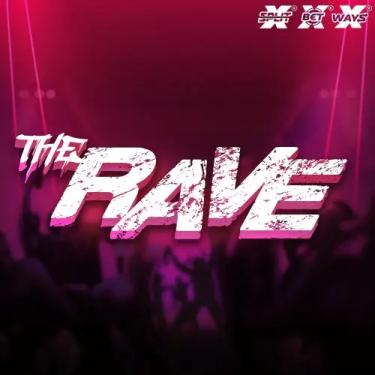 Known for their stylish unorthodox yet relatable game designs, NoLimit City went overboard this time and provided players with the sickest slot to date. Featuring flashy psychedelic, seizure-inducing lighting, bombastic A-listed club tracks, and an onslaught of features, the game simply titled The Rave is a trip to the dance floor condensed in video game format. There is no denying the fact that players will have an enjoyable experience with The Rave. On top of all that, players will be able to win 41,500x their bet if they play well.

Players will be blown away by how much The Rave’s got cooking. A specialty of the game is the music, which switches from fast-paced, hard-hitting, eardrum-punching bass during the base game to melodic Reggae when the big money is being counted. Designed to cater to the most extreme party animals, the game makes sure to satisfy their cravings. Players can see a bunch of typical faces, including the Savior himself, on the 5x3 configuration with 243 paylines, but a certain inked face pays 6x the bet for a 5-of-a-kind.

The fun doesn’t stop there, as The Rave provides an RTP of 96.09%, a very generous number when everything is accounted for. The volatility, though, is as high as ever. Players will soon find these numbers justifiable due to the massive jackpot of 41,500x the bet.

The Rave comes packed with features. The first of them is the Drop the Bass feature. When precisely 2 Drop the Bass Scatters are gathered, they transform into Enhancer Cells. When 3, 4, or 5 of them appear, the game rewards players with 7, 8 Murder on the Dance Floor free spins or 10 God is the DJ free spins, respectively.

When Enhancer Cells appear on the grid, they can have one of the following:​

Landing 3 or 4 Scatters in sight rewards players first of all with the same number of Enhancer Cells while also triggering the Murder on the Dance Floor bonus round. During the bonus round, a symbol multiplier appears on reels 2, 3, or 4 and is triggered when a character symbol lands in the Enhancer Cell. When an xWay symbol lands on reels 2, 3, or 4, it increases the symbol multiplier on the reel by +2x. There is also a chance for one of the modifiers, which is Mashup!, Sidechain, or Crossfader to activate during this bonus round.

Landing 5 Scatters unlocks the God is the DJ feature. During this ultimate bonus round, Enhancer Cells sit on the bottom of the grid and maintain their position with each free spin. Only Premiums, xWays, xSplits, and Wilds are revealed in these spots. The symbol multiplier is active and behaves the same as it does on the Murder on the Dance Floor bonus round. A difference is that one of the three modifiers, Mashup!, Sidechain, or Crossfader will trigger on each spin. The specifics are below:​

The Rave takes the cake when it comes to soundtracks. You really feel like you’re in a club or at Coachella having the time of your life 2 minutes into the game. In addition to the impressive representation of the music scene, the game also has progressive bonus rounds with some extra juicy multipliers. I usually dislike games that don’t pack with free spins, but this game is one of the exceptions in the sense that each free spin comes along with an assault of features. Overall, a phenomenal game that I’d highly recommend.